Robertson's. A name you can trust.

Robertson’s Hams has been in business since 1946, when V.B. “Tup” Robertson opened his first store in downtown Marietta. In the early days, we had just one smokehouse that would hold about 15 hams. Since then, the family-owned meat business has just evolved. During the 1950s, we started to advertise our smoked meats on highway billboards.

The small frontier store on I-35 just north of the Oklahoma-Texas border has been a decades-long popular stopover for hungry travelers, but the heart of the trade – smoked hams, beef jerky, and other smoked meats – has not changed much since Robertson began smoking meats as his father had done in the early 1900s. “The ham is smoked the old-fashioned way. We don’t hurry it – we just slow-smoke it.”

Today, Robertson’s Hams gets beef from Texas and Kansas; turkeys from Arkansas and Missouri; and pork from Iowa and Oklahoma. All are smoked and sold with the Robertson’s Hams label. The key to keeping all the products top quality is buying lean, quality meats.

The smokehouse plant is a 31,000 square foot facility that sits behind the highway store. There, meat cuts are seasoned and cured for a week, then sliced, smoked, and packaged. During the process, hams are hand-rubbed with cure, removing as much water as possible, unlike many commercially processed hams that are heavy with moisture. As far as smoke goes, nothing beats hickory wood – it simply adds a better flavor.

In addition to the company store on I-35 in Marietta, there are six franchise stores in Oklahoma and Texas.

The Bloomer family have operated store #4, at I-40 and Highway 99, since September 4th, 1970. They too feature the “old-fashioned” ham, turkey, bacon, cooked sausage, and pork loin along with the Robertson’s famous “Real” Beef Jerky.

Our “Real” Beef Jerky has developed into a business of its own. Back in 1976, a representative from Love’s Country Stores visited our facilities. After the visit, he requested a test market of our Beef Jerky in a few of their stores. The test was an overwhelming success. Now, years later, our Beef Jerky is still featured in all 125 Love’s Country Stores under the Love’s label as Love’s Country Store Beef Jerky. As a result of this experience, we now sell to many other distributors in several states like Arizona, Ohio, North Carolina, Georgia, and Florida as well as Oklahoma and Texas. This has created a large mail order business for our “Real” Beef Jerky. We offer special prices to all who order. 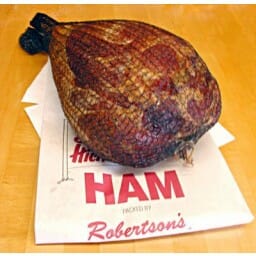 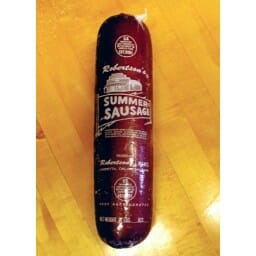 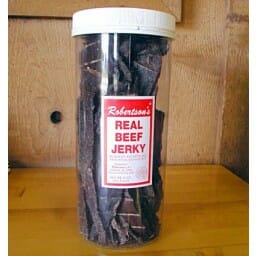 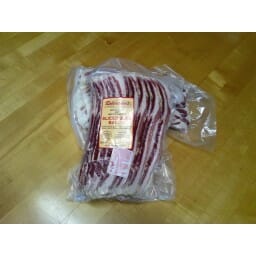